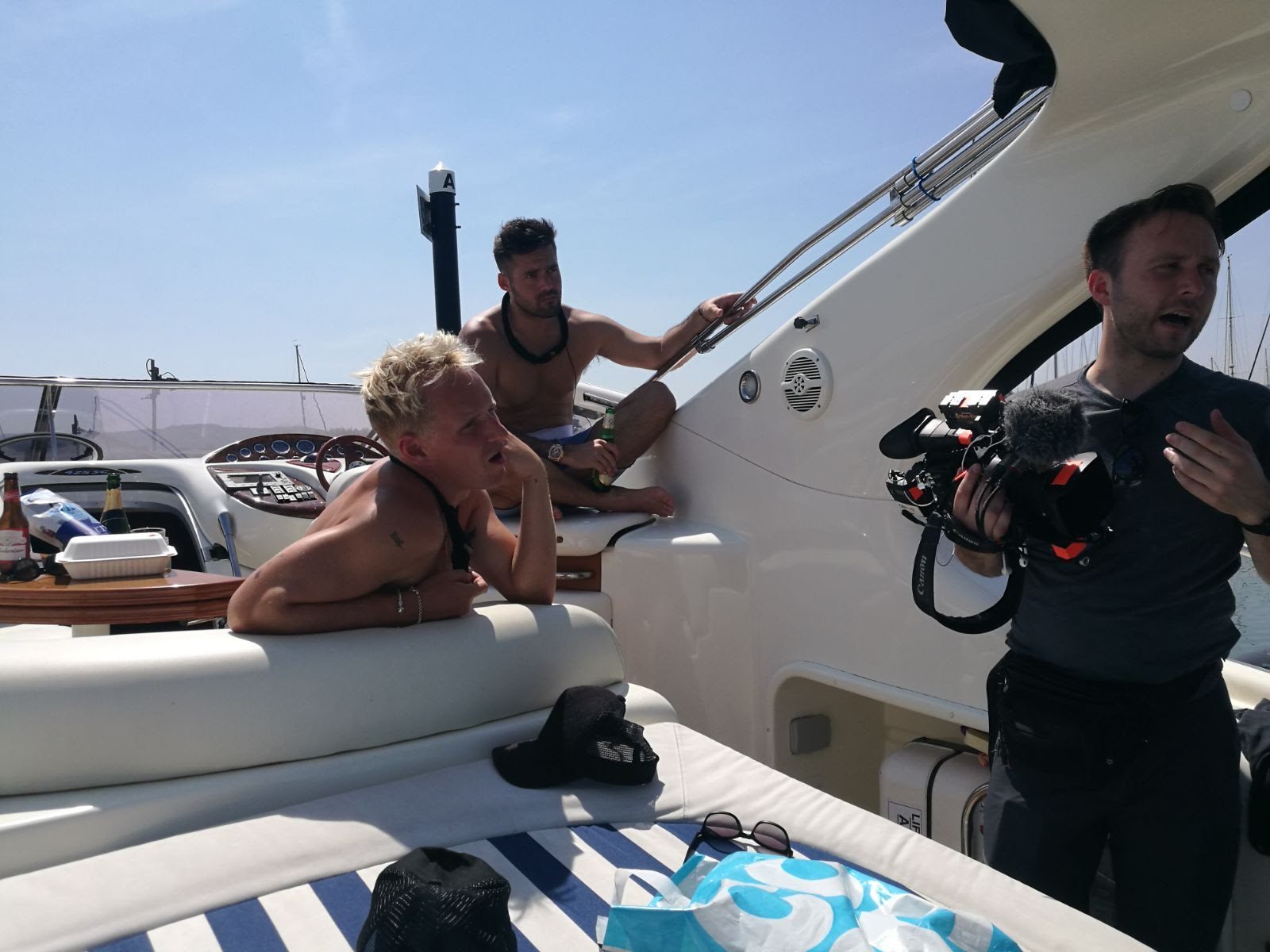 Stand up to Cancer

Spencer and Jamie planning their next moves to evade capture on board Allegro in Bembridge Harbour. Shot while filming Celebrity Hunted – Stand up to Cancer for Channel 4 last summer.

After making their escape from London by helicopter from London to Bembridge airport on the Isle of Wight the pair headed straight to their secret pre-arranged hideout on board Allegro with Hamble Powerboat Charters.

We were pleased to help out for the charity program and we had a couple of hours  on board with Jamie and Spencer with the channel 4 cameraman, waiting for the tide to come in before their planned escape in Tom Montgomery-Swan SUNUS ocean racing‘s race boat..

Then out of the blue, literally we noticed a helicopter circling overhead. The hunters had figured out the route Jamie and Spencer had taken and were now scouring the marina for any sign of them. They hid below while we kept them updated as the helicopter continued to circle.

Luckily by then the tide had started to come back into the harbour and Jamie and Spencer were able to switch to the other pre-arranged boat alongside Allegro on the Bembridge Harbour pontoon. Only this time they were boarding Tom Montgomery-Swan’s 100mph race boat. The SUNUS Racing Spectre c237 which even a helicopter can’t follow for long.  They sped off on board for a game of Speedboat vs. Helicopter eventually heading to Torquay after giving the helicopter the slip!

Fun Times on board Allegro.. Thanks to Channel 4, Spencer Matthews, Jamie Laing,  Tom Montgomery-Swan and SUNUS Ocean Racing and Bembridge Harbour and staff.

Look what I’m up against tonight.

Spencer and Jamie think they can outsmart me. BIG mistake…